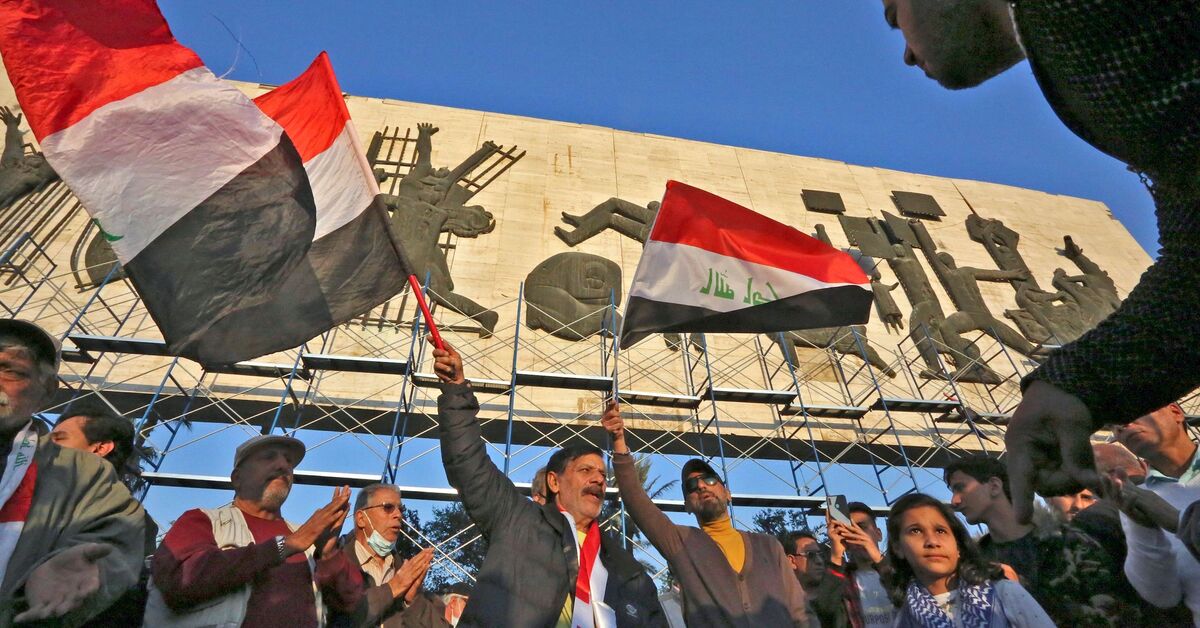 Despite the agreement between Baghdad and Erbil, Iraq passes the federal budget law

The Iraqi parliament did not pass the federal budget law on Sunday despite a short-term agreement between Erbil and Baghdad on the portion of the Kurdistan region. Now, differences of opinion loom over the reversal of the dollar exchange rate and foreign borrowing.

In December, the Iraqi cabinet approved a 2021 draft budget of 150 trillion Iraqi dinars (about $ 103 billion) and sent it to parliament for approval. But disputes over the oil and non-oil revenues of the Kurdistan regional government have delayed the vote.

A KRG delegation arrived in Baghdad in January to seek an agreement on Northern Iraq’s share of the budget. Erbil and Baghdad had agreements in the past, but several political blocs opposed them.

A vote was scheduled for mid-March but was postponed to last Saturday, then again to Sunday when it was postponed for another four hours as talks stepped up to reach an agreement. Representatives of the KRG and a bloc in the Baghdad Council of Representatives cleared a major hurdle when they reached a last-minute consensus on Article 11, which affects the Kurdistan Region’s share of the total budget.

The new change called for the KRG to give 250,000 barrels of oil or its equivalent to Baghdad every day and also give 50% of non-oil revenues such as duties and taxes, Ahmed al-Saffar, a member of the parliamentary finance committee, told Rudaw. In return, a provision would enable the Iraqi federal government to prevent money transfers to the KRG more efficiently if it does not comply with the law.

Despite this compromise, no meeting was held because the quorum was not reached, which is the fifth unsuccessful motion by Parliament for the law to be passed. The economic crisis in Iraq continues to intensify, fueled by the coronavirus outbreak and the collapse of oil prices. The country has the fourth largest oil reserves in the world and relies on oil revenues to finance around 95% of its national budget.

The low oil prices have had a decisive impact on the salaries of Iraqi officials. Both Baghdad and Erbil are struggling to pay workers on time. In some cases, employees have not received a paycheck for many months.

The bill remains pending as political blocs wrestle over the dollar and the inclusion of foreign credit.

In December, Baghdad devalued the dinar to close a growing budget inflation gap. The Iraqi central bank raised the selling price of the dollar to both banks and foreign exchange exchanges from 1,182 dinars to 1,460, an increase of almost 24%.

The move met with rejection from some legislators. They argued that this severely affected the country’s poor citizens, as traders took advantage of the devaluation to sharply increase the prices of staple foods. Legislators began collecting signatures on a petition to restore the original tariff.

But the government stuck to its decision, claiming that the central bank, not parliament, had authority over the valuation of the national currency.

Iraqi Prime Minister Musfata al-Kadhimi said in a statement Tuesday that the devaluation of the dinar is a “purposeful vision and strategy” and that the country will see growth results in Iraq’s cash reserves and international creditworthiness.

The government, Kadhimi continued, is looking forward to it Speed ​​up approval of the Federal Budget Act by the Council of Representatives. “

A date for the next vote on the federal budget has not yet been set. On Tuesday, the Council of Representatives asked parliamentarians to take part in a vote on Wednesday.

The budget law is aimed “directly at” [citizens’] Needs and allows the government to proceed, ”the council wrote in a statement sent to the Iraqi news agency.