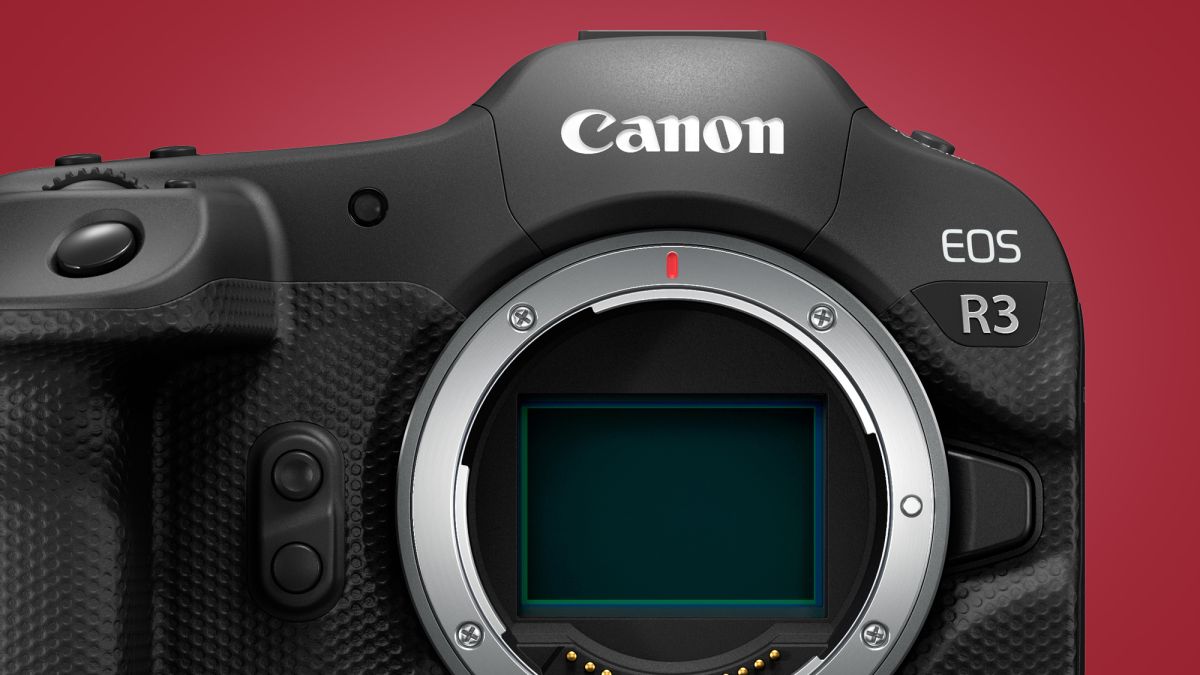 The Canon EOS R3 is one step closer to a full launch thanks to the release of several other official specs – including details of its world’s first autofocus capabilities.

The full-frame professional sports camera, which is practically a mirrorless version of the Canon EOS 1D X Mark III, received a “development announcement” in April. But the new specs suggest an official launch might be ahead sooner than a Dodge Tomahawk.

Speaking of which, one of the most intriguing new Canon EOS R3 specs is that their autofocus will be able to track racing cars and motorcycles. Earlier Canon cameras, like the 1D X Mark III, had impressive subject tracking capabilities, but the EOS R3’s new capabilities promise to automatically detect and focus on motorsport vehicles.

While Canon didn’t reveal the Canon EOS R3’s megapixel count, it did reveal some details that show what we can expect from its new backlit CMOS sensor.

Like the Sony A1, the EOS R3 will be able to take raw photos at 30 frames per second with full AF / AE tracking. We don’t yet know the camera’s buffer size, so it’s not yet clear how long it will be able to shoot at this top speed. But hopefully the EOS R3 will at least keep up with the Sony A1’s ability to run at 30 fps for at least five seconds.

Another feature that the EOS R3 will have in common with the Sony A1 is the ability to offer flash synchronization when you use the electronic shutter. Traditionally, only mechanical camera shutters could synchronize with external flashes, but this new option gives studio photographers the ability to get silent shots and faster burst speeds while using the electronic shutter.

Canon has also revealed three other important details about the EOS R3. On the filmmaker front, it will record oversampled 4K video and record raw video internally. This suggests that rumors of a 45 MP sensor capable of capturing 8K / 30p video are false, which is not too surprising for a professional sports camera that mostly focuses on still images.

Still, internal RAW video recording and recording in the Canon Log 3 format, which is ideal for color graders, should make it a powerful 4K recording machine. Canon has also confirmed that video shooters will get the same auto focus tracking capabilities, including motorsport AF capabilities.

Second, we now know that the EOS R3 uses the same LP-E19 batteries as the EOS 1D X Mark III, which means professionals can swap batteries between them. Finally, Canon has confirmed that the magnesium alloy body of the EOS R3 offers “dust and water resistance on the same level” as the EOS 1D X-series and that the two SD card slots support both SD and CFexpress cards.

All of this supports the theory that the Canon EOS R3 will actually be a mirrorless replacement for the Canon EOS 1D X Mark III – and that the EOS R3 could mark the end of Canon DSLRs.

Analysis: Canon seduces sports snapper to the mirrorless side

There is still a lot we don’t officially know about the Canon EOS R3. Canon has yet to confirm the camera’s megapixel count, full video specifications, touchscreen style, viewfinder resolution, price, or launch date – but we know enough now to get a good feel for what type of camera it is .

The confirmation that oversampled 4K video will be recorded with no mention of 8K suggests that the EOS R3 won’t be the megapixel monster earlier rumors suggested – that will likely be the role that the rumored Canon EOS R1 will be will meet.

Instead, the Canon EOS R3 is intended to seduce professional sports photographers of DSLRs such as the 1D X Mark III to their new RF mount. The R3 has the same weather resistance, batteries and, if the recently leaked picture below of Nokishita Almost identical rear controls as on the 1D X Mark III, including the optical smart controller button for quickly moving autofocus points.

But there are also signs that the EOS R3 will have a wider appeal than Canon’s niche sports DSLRs. The inclusion of motorsport AF tracking and eye-controlled autofocus are impressive technical achievements, but are rarely used by professional sports photographers.

This means that the Canon EOS R3 is also a showcase camera for Canon’s latest sports photography technology, hopefully making its way to cheaper cameras like the Canon EOS R5 and Canon EOS R6. With the latest rumors predicting the EOS R3 will cost around $ 5,999 (about $ 4,215 / $ 7,725), these formidable target shooting talent certainly won’t come cheap.

NBA Playoff Bracket 2021: Dates, times, live stream, TV information of the first round, update of the scores and results

Canon’s EOS R3 is the best action camera yet