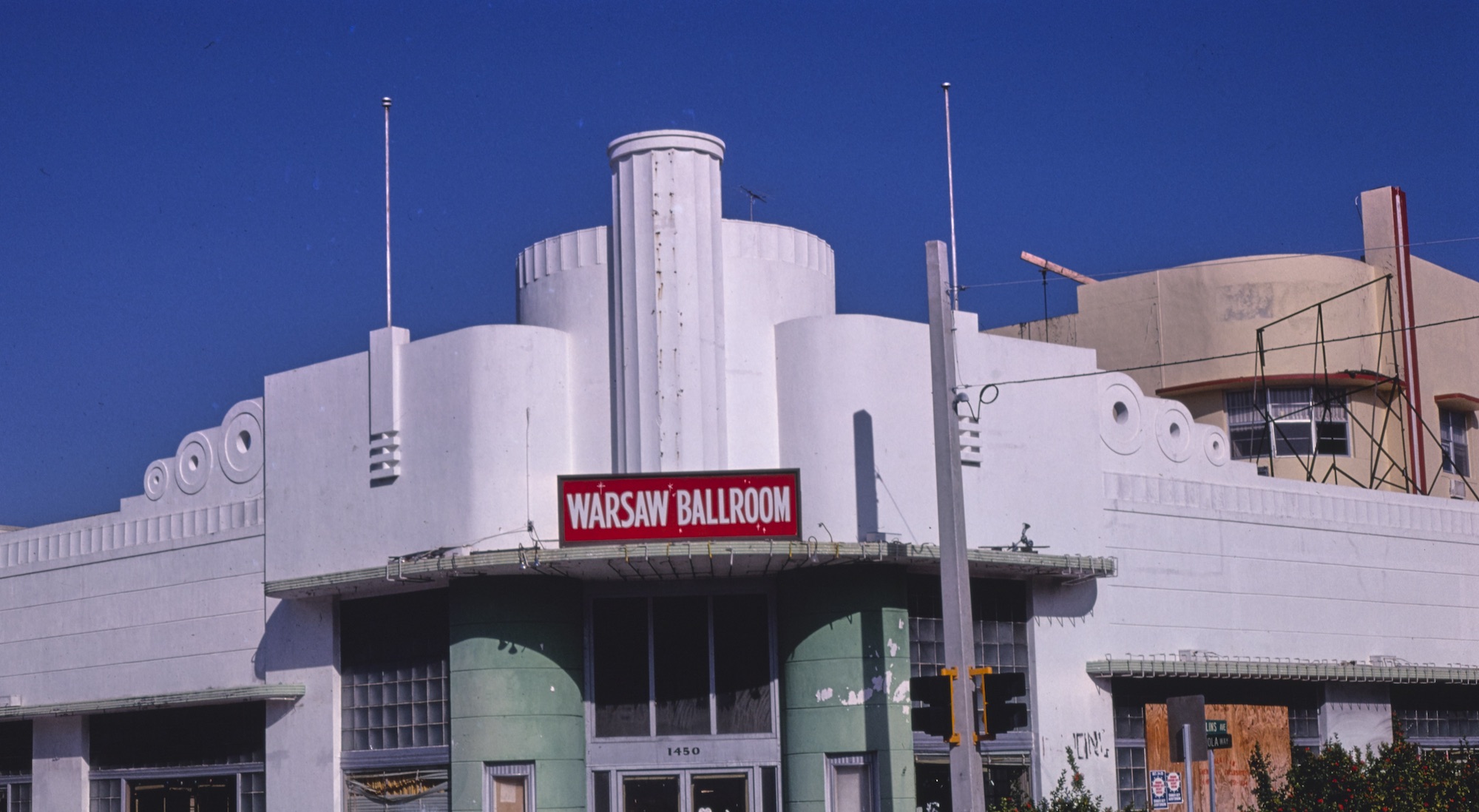 When architecture critic and curator John Margolies took these photos in the early days of South Beach’s Art Deco revival of about 1980-1990, many thought it was an architectural thing lost or maybe not even worth the effort. But Margolies’ photos document the raw beauty of South Beach’s architecture at the time and are a stark comparison to what came later, as anyone who has seen what South Beach has become can immediately tell. These were the dark days of the Art Deco resurgence in Miami Beach, but the light would come soon.

The Margolies photo collection, in the Library of Congress, documents popular roadside structures across America in the second half of the 20th century. According to the Library of Congress, â€œMargolies’ Roadside America work recorded a period in American history, that of the automobile and its attendant Was characterized by ease of travel. Emerged with the post-war prosperity, roadside and commercial structures spread with the boom of suburbanization and the expansion of paved roads in the United States. In many cases, however, the only surviving recording of these buildings is in Margolies’ film because the tourist architecture was endangered by the expansion of the interstate system and changing travel preferences. Margolies’ work was influential in adding roadside buildings to the National Register of Historic Places in the late 1970s. “

â€œMargolies used a straightforward, unsentimental approach in his photography that emphasized the shape of the buildings. These structures were usually isolated in the frame and photographed head-on or at an oblique angle to provide descriptive detail. In view of the breadth of its subject matter, its repetition allows common typologies and motifs of local architecture to be identified. Although an environmental context is only occasionally given, Margolies’ gaze was often drawn to signage or other graphic elements on buildings that expressed the ingenuity or eccentricity of their builders. “

John Robertson: “The opportunities we missed at Hearts were huge” | Scottish Premiership