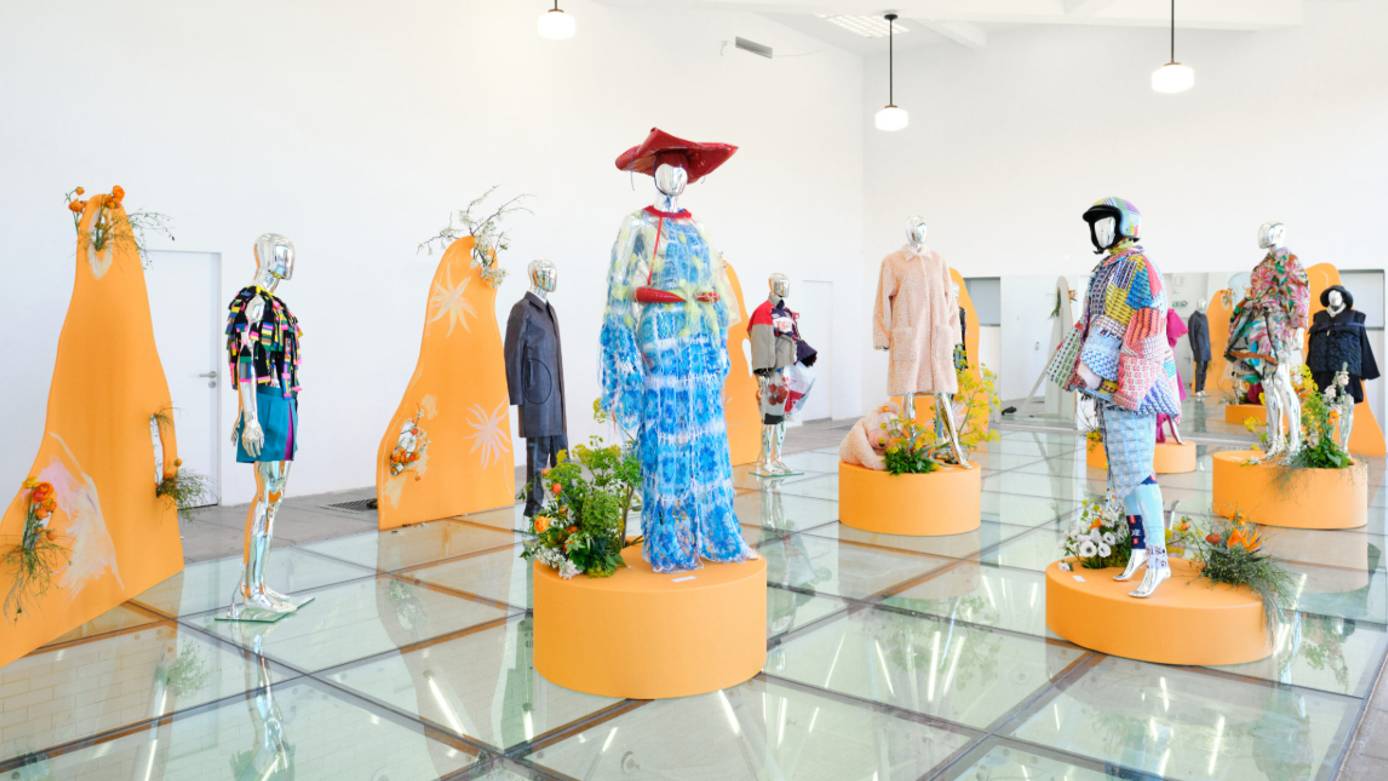 Hyères (France) – On Thursday evening, the 36th consecutive International Festival of Fashion, Photography and Accessories took place at Villa Noailles in the city of Hyères in south-eastern France.

A little more than a week after Paris Fashion Week, the fashion world gathers again under the sun of the Côte d’Azur for the so-called Hyères Festival.

The event on Sunday will announce the winners of the various categories – photography and fashion accessories – selected from a total of 30 finalists.

But before the results of the competition are known, guests can attend various activities, including a master class with Louise Trotter (the artistic director of Lacoste and president of the fashion jury), a participatory workshop with the French embroidery house Lesage, a fashion show, a visit to the Showroom as well as outdoor concerts and film screenings.

Hyères Festival: around 5,000 people are expected this weekend

This year the number of visitors is important. “We will reach almost 5,000 people over the weekend,” said Jean-Pierre Blanc, founder of the festival, to FashionUnited.

Of these, 2,000 will take part in the fashion shows on Friday and Saturday evenings, including 200 journalists and 250 students discovering the avant-garde and youthful fashions that made the annual event famous.

Since its inception in 1986, the Hyères Festival has grown its aura – but then came Covid-19. While the event was still taking place in 2020, the atmosphere was noticeably different. For Jean-Pierre Blanc it was “a party for in between”.

“Up to 2019 we were rather strong on the upswing, now we’re starting again,” he said. “It is therefore a rebirth, a new beginning. We will give an assessment after the festival, but in view of the signals I am rather confident. “

This 36th edition has a special quality. Jean-Pierre Blanc explains: “We tried to build an edition that shows joy, emotions and youth. We played a lot on it. And then there is another theme that was born around a quote from the American writer Edith Wharton, who said in the 1920s: “Hyères so gold, so full of flowers”.

This joy, which the founder speaks of, was already palpable at the inauguration on Thursday. The festival is not only international, but also friendly and sociable; it gathers a large audience, consisting of anonymous and well-known personalities as well as many regular guests, whose happy reunions and happy chatter gave the festival the atmosphere of summer camps last night.

This is certainly the success of the event: despite an authority supported by renowned partners – including LVMH, Chanel, Hermes and Kering – the meeting retains a good-natured atmosphere and thus the freshness so sought after by the fashion world.

This article was originally published on FashionUnited.FR before it was translated into English.

John Robertson: “The opportunities we missed at Hearts were huge” | Scottish Premiership

Peter Berlin and the art of the seductive self-portrait