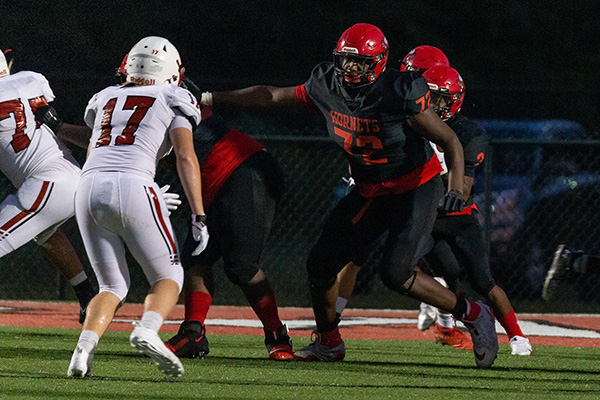 Obviously, when it comes to football recruiting, there are some things that work better than others.

The 11am kick-off isn’t exactly a positive one, and the unofficial Arkansas soccer crowd this weekend counts far less than the razorbacks hosted for their first three home games on campus.

That being said, there are still some differences on campus Saturday that were pointed out by Arkansas coach Sam Pittman.

“I think every time you have 11 days in advance, 10 to 12 days, if you know the time, it sure helps,” said Pittman. â€œIt will get in the way of your boys who have long journeys. It is obvious.

â€œWe’d love to have another night game, hopefully Mississippi State, because that Missouri game (time) is already set (at 2:30 pm). We definitely want that for recruitment purposes and for the fans. They also like night games.

â€œBut we’re doing pretty well, I think, as far as the kids here are concerned, at least the list that I saw and that I wrote that I came here. It’s a really nice list for this weekend. “

Chamblee, a teammate of Nico Davillier (6-5, 275) of Arkansas and Defensive Tackle, is one of 18 commits in a Razorbacks class that ranks 20th nationally and 7th on the SEC’s composite rankings.

Lewis is one of three defensive backs in the group alongside Myles Rowser (6-1, 190) from Detroit (Mich.) Belleville and Anthony Brown (6-2, 190) from Milan, Tennessee.

North Cobb, Georgia, Senior Receiver Sam M’Bake (6-3, 205), a top 2023 reception destination with an impressive list of offers, is also said to be on hand.

Pittman is pleased with his team’s awareness this season.

“If you look us through to television, we’ve had a huge TV presence with College Gameday and SEC Nation, lots of ESPN games, and lots of CBS (games),” said Pittman.

Pittman once again made it clear that he and his staff will look to strengthen the current group in 2022 – the first among high school prospects.

“We wouldn’t turn down a great one at any point, one where we’d say, ‘We must have,'” said Pittman. â€œBut we are easy in the wide reception area, we would probably take an extraordinary tackle on the offensive and we need pass rushers on the defense. I think we’re doing fine at Linebacker. “

He will continue to oversee the NCAA transfer portal.

â€œI think if you went to the portal we would take a curve, a speed curve, and when you walk into the portal you start to look, ‘Are you ready to come to a tight end? Shall you take a rush, a corner, a wideout? ‘

â€œI think there are a lot of places we could help our soccer team through the portal. Because of this, we are being saved some scholarships, but not many. I don’t believe in changes in wholesale. I believe in building a program through the high school ranks.

The facets of photography: the pictures of the week (week 41)