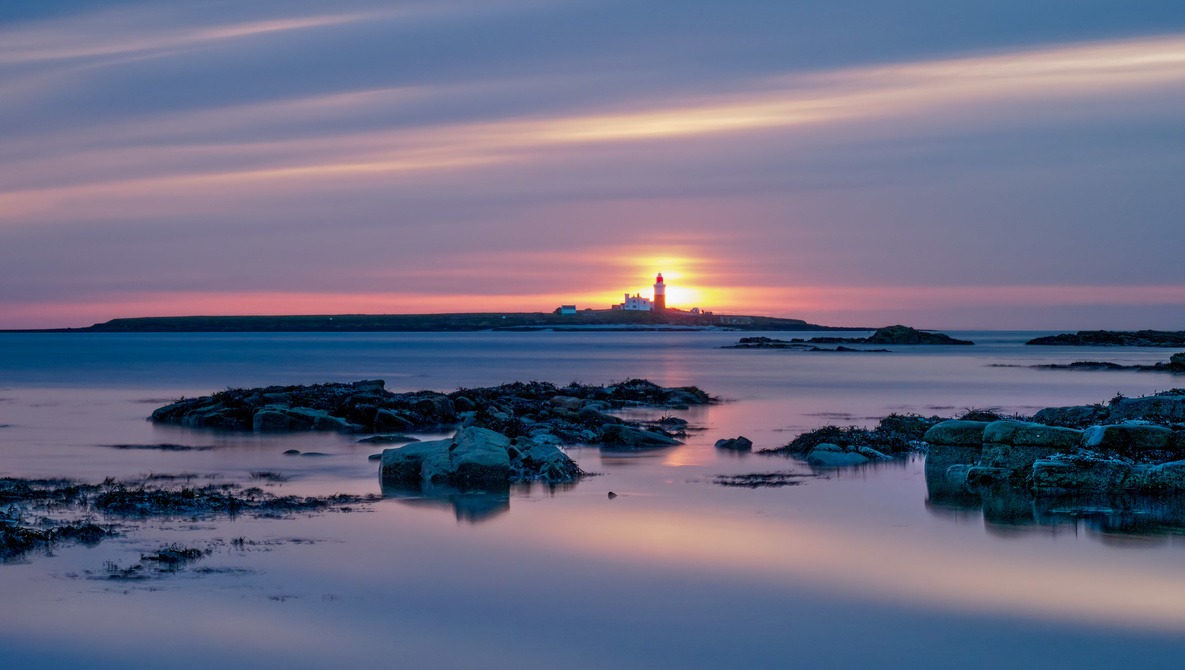 Active Framing: How to Break Away from Following Composition Rules

Blindly following the rules of composition does not lead to better images. However, when you apply active framing and learn how and why both simple and complex compositions work, your photography will be revolutionized.

It’s formulaic, but it usually results in a pleasant composition. However, it can be overused and become a cliché. As has been repeated many times, it can and should be broken like any rule.

Of course, there are other compositional approaches that can make the picture more convincing. The rule of thirds is only an approximation of the golden ratio. This is a series of proportions that, when used in geometry, are pleasing to the human eye. The proportions are derived from the so-called Fibonacci sequence. Although attributed to the Italian mathematician Fibonacci, who was in the 12th-13th, as well as prime numbers and binary numbers.

I won’t go into a full explanation of the golden ratio in this article as there is plenty more here on Fstoppers to explain it, including this excellent review from Alex Cooke.

The golden ratio doesn’t just refer to the positioning of the subject in a frame. If we roughly divide an image into blocks that represent various elements in it, the ratio of each of these sections can be pleasing to the eye.

The key word there is “about”. That is extremely important. In photography, our subjects are seldom an exact representation of a mathematical rule. Furthermore, sticking to this or any formula like the rule of thirds leads to the photographic equivalent of painting by numbers.

Even if we don’t follow it blindly, it is useful to be aware of the golden ratio as it gives an understanding of why a composition might look good to our eyes. Studying photographs, architecture, and painting that conform to these and other rules of composition is not a bad thing. Henri Cartier-Bresson, for example, studied art with André Lhote, a French cubist painter obsessed with composition who taught the golden ratio, ideal measurements, divine proportions and the other compositional laws of universal harmony. The photographer regularly read Lhote’s books throughout his life.

These compositional ideas rubbed off on Cartier-Bresson. When he switched from painting to photography, this knowledge would consequently have been transferred, and it can be seen in his photos, which often follow the golden ratio in their composition. But was he consciously thinking about it when framing his shot? I doubt it. I think the rules would be embedded in his subconscious and he would have composed the picture because it looked good to him. His taste for the golden ratio was acquired through studies and became second nature to him.

That is speculation, of course. If you speak to artists today, they are very aware of the golden ratio, but do they draw the corresponding spiral on their canvas before painting? No. Wherever they apply, they take the color for granted. It is embedded knowledge and, like cycling, cannot be unlearned.

But the golden ratio isn’t the only compositional tool. If there’s a reason for it, avoiding the obvious subject placement can result in a stronger image. Many photos work because the subject is in the center or corner of the frame. Symmetry can sometimes seem way better than other compositional decisions.

There are other compositional techniques that can be avoided, such as landscapes where foreground interest would ruin the shot or where lead-in lines would become an unnecessary distraction.

So how do we find the best composition?

The process of shifting the position of the camera to find the best possible composition is called active framing. This name is usually limited to how we frame the recording on location, but for me the process starts long before that. The following example is about capturing a seascape, but can equally apply to any genre or theme.

One of my favorite subjects is an island a mile offshore from where I live. I only photograph it for pleasure and to get myself to the beach early in the morning. All seascape photographers know that revisiting a location can produce completely different results depending on the season, time of day, cloud cover, wind speed and direction, tide level, wave size, wildlife activity, and so on. In addition, the appearance of the image can be changed through the focal length, aperture and shutter values, and processing.

Active framing begins by taking all of these factors into account and visualizing what the shot will look like.

I start by studying the weather forecast. I know that a northeast wind creates swell on the ocean, while the prevailing southwest wind creates a calmer surface. When there is solid cloud cover, the image is very different from a broken cloud or a clear sky.

Next, I’ll check the tides. This will have an impact on my decision where I stand and what kind of photo I will take. I know, for example, that when the tide is high, the lines of rock that jut out into the sea south of here will break through the surface of the water. At high spring tides, the sea almost reaches the sand dunes and the rocks are hidden so a minimalist shot of the sky, sea and island works best.

Next, I look at the direction of the sun or the moon. They can both rise from behind the island, but I need to be in the correct position if I want either of them to be with the island. Between midsummer and midwinter, this difference between the locations is over 6.4 km.

After that, I visualize how I would like the island to be in the frame, and that depends on the factors mentioned earlier. Then I wonder if I want a long exposure or a quick one. Should I get up on the dunes to enlarge the sea in the photo? Alternatively, can I go deep to shoot through the waves? At sunrise, the seagulls invariably move into the wing. Do I want that in the recording?

These considerations will also influence my equipment decisions. For example, when it’s windy or I wade into the water, I use my old, heavy and incredibly stable tripod, otherwise my small, light carbon fiber tripod is sufficient.

After attaching the appropriate tripod mount to the camera, if necessary attaching a filter, I can start as soon as I get up the next morning before sunrise.

I will arrive at the site early and explore it to find the best place to stand. Then I set up the camera and move around until I have exactly the right composition that I imagined. However, despite all this planning, I can change my mind about how I envisioned the photo and then use Active Framing to achieve a different composition. In addition to changing the focal length when using a zoom or approach or distance with a prime lens, I’ll also try raising and lowering the tripod and repositioning the island in the picture to see which shot looks best to my eye. 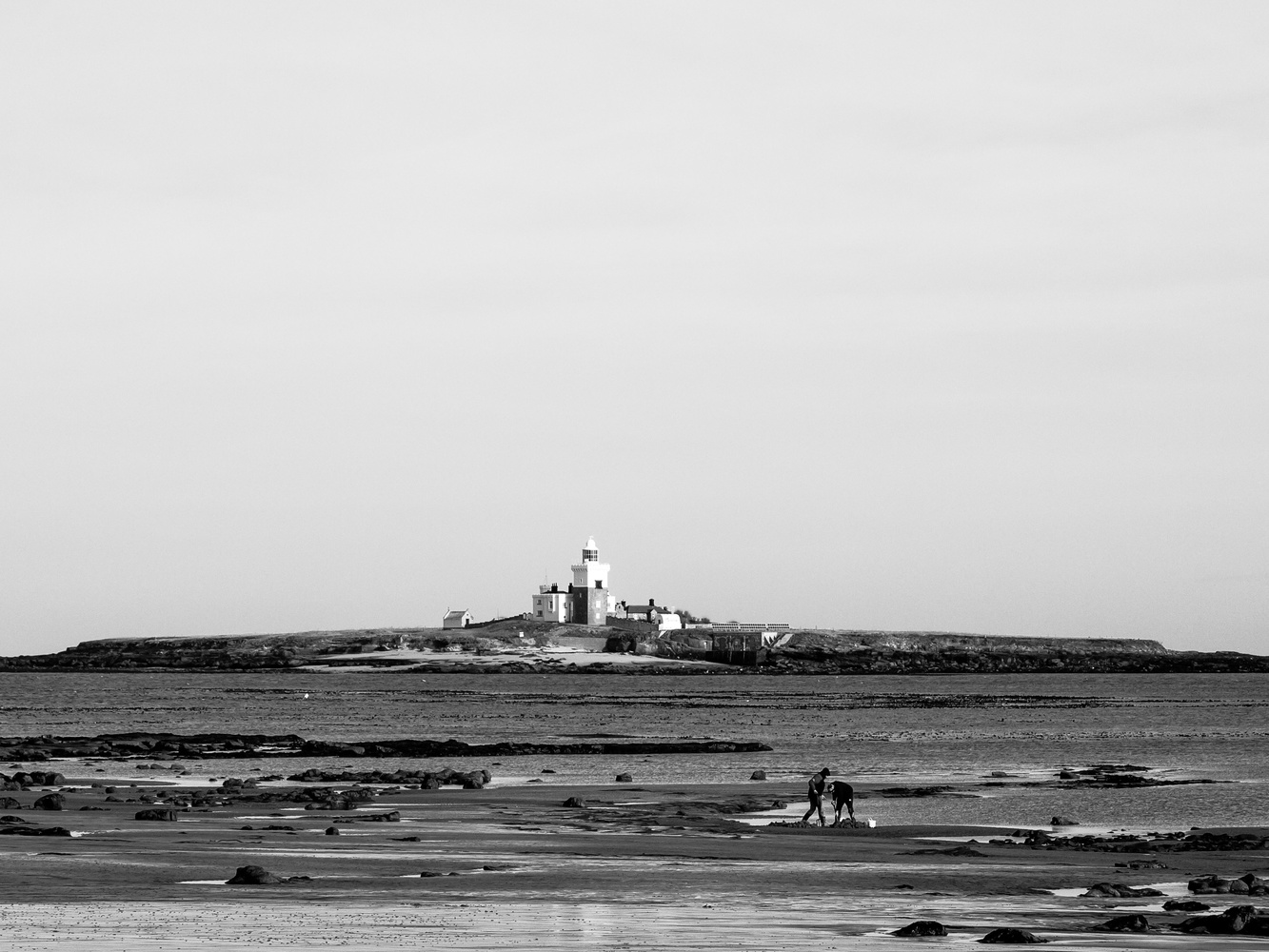 That is the important point. My choice of composition is subjective. It speaks to my subconscious, which has evolved and changed over time as I gained new knowledge through studying images and reading about composition techniques. I also assume that my decisions will be different again in a few years, as new knowledge is anchored in my subconscious.

So the important lesson from this article is to constantly learn new and different composition techniques. Do not consciously think about framing the subject according to rules, but take photos of what seems good to you.

Do you use similar techniques for planning your photography? Are there certain composition techniques that you use? Are you thinking about the composition or just aiming the camera so that it is right in front of your eye? It will be really interesting to hear your thoughts.

The results are in: Here are some of the best wildlife photography of the year

Peter Berlin and the art of the seductive self-portrait