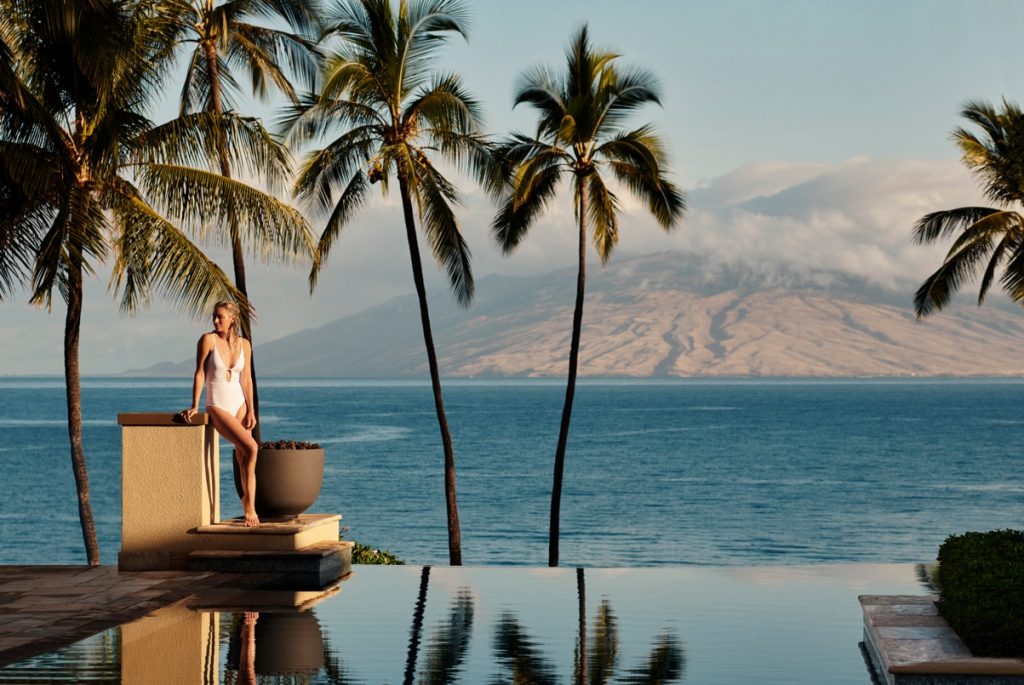 As the first resort hotel of the Four Seasons Hotels and Resorts brand, the resort has been reinventing itself again and again over three decades later. It is now appearing in front of Hanson’s lens to present a catalog with new lifestyle and brand images that capture the luxury resort in a fresh new light and face – “fashion forward, timeless and effortlessly elegant”.

Inspired by Hanson’s memorable destination shoots and his 30 years of photography skills from shooting for the covers of Vogue, Elle, Glamor, Harper’s Bazaar, Vanity Fair, GQ, and InStyle, the resort selected the legendary fashion photographer to shoot on location. The resort has 15 hectares with 383 rooms and suites, three pools, a spa & wellness center and three award-winning restaurants.

As a harbinger of the heyday of the supermodel era of the 80s and 90s, when photo shoots were shot in exotic locations around the world, the attraction of the destination was often used to stage the people, clothes and accessories.

For the Four Seasons Resort Maui, the models were used in a clever role reversal to show the beauty of the resort, which shifted the gaze to the destination itself. With the aim of bringing back an essence of the 90s, Hanson was supported by handpicked top models Elaine Irwin, Claudia Mason, Dajia Wilson, Frank Can de Velde and Christopher Gary Lawson, resulting in a new imagery that is reinterpreted in hotel photography and is used in Presented this fall on the hotel’s website, in marketing, in digital advertising and in social campaigns.

“In view of the desire to take exciting new lifestyle photos for the property, we naturally looked for an architectural photographer who can photograph lifestyle. Having worked in the fashion industry for years, it dawned on me that we should consider a fashion photographer from the time when the editorial budget could travel around the world. These masters know how to shoot on location and get a feel for the place, even though the magazine editorials focused on the clothes and the models. Pamela was the perfect choice for this shoot given the depth and breadth of her experience, ”said Michelle Gaillard, Marketing and Creative Consultant.

As a resort known for making waves and partnering with fashion houses like Missoni (two of the poolside cabanas on the property are furnished with Missoni furniture) and as an iconic setting for movies, shows and campaigns (most recently the limited series from HBO, The White Lotus) the decision to tap Hanson was a natural next step in the brand’s evolution over the past decade in what may be the first high fashion hospitality shoot of its kind.

“When I was offered the opportunity to film at the Four Seasons Maui, I was immediately inspired by the unique personality of the resort and the many opportunities to showcase its beauty,” said Pamela Hanson. “Usually in high fashion shoots, the models are the topic; in this case, however, the resort was a theme of its own. Beautiful, graceful, timeless and forever fashionable. It was an honor for me to be able to use my experience in fashion editing in a new and creative way in such an iconic hotel. ”

“It was an honor to have Pamela Hanson on the property to showcase the resort that is so familiar to all of us in a whole new light,” said General Manager Ben Shank. “After a year of change, we had the opportunity to do something different at the resort and took the opportunity to capture the Four Seasons Resort Maui in a creative way.”

The Lomography Atoll 17mm f / 2.8 M-Mount Lens: Get up close and personal with your…

A. Hays Town’s new book shows how a revered architect became in the middle of…