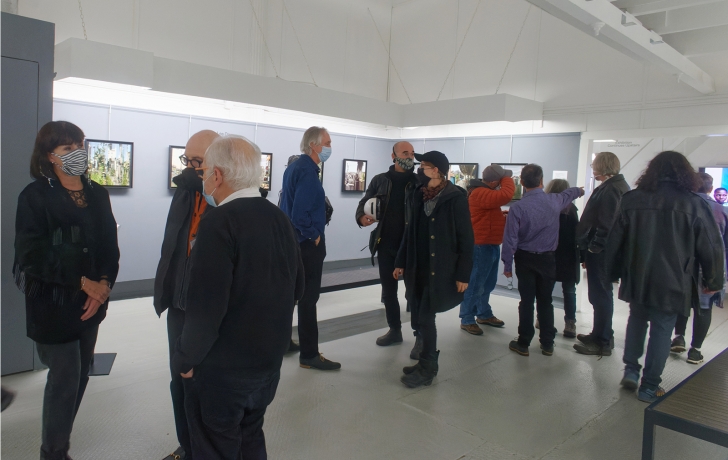 In Tribeca, the city’s longest-running photo gallery is celebrating its 50th anniversary

A recent opening at the Soho Photo Gallery, which has up to seven artists showing their work each month. The gallery offers almost 400 meters of wall space for hanging pictures. Photo: Carl Glassman / Tribeca Trib

As Tribeca grows in importance as a gallery district, the art space that has been in the neighborhood the longest becomes possibly one of the most overlooked places.

This month the Soho Photo Gallery is celebrating its 50th anniversary, the last 42 of them in their current home at 15 White Street, where it opened in December 1979 and is the longest running photo gallery in town.

Over the years, the cooperative gallery’s exhibitions of members, invited artists, and winners of national and international competitions have shown a wide range of photographic practices and techniques. Such diversity can be seen in a single visit, when traditional street and landscape photography shares gallery walls with conceptual and abstract works or images made in a way that transcends the confines of the medium itself.

The paintings are for sale, but selling is hardly the goal.

“It’s always been a place where you can publish something and have your colleagues measure it,” says Martin Rich, a long-time member. “And that made me want to keep working and do better.”

Joel Morgovsky described the gallery as “essential” to his life as a photographer. “If I weren’t associated with Soho Photo, I wouldn’t be as passionate about photography as I am now,” he said.

Morgovsky noted that a growing number of people are “involved” in photography, “but they don’t know how to put together portfolios, put together and edit shows, and think about photography in general. Soho Photo has always been that. ”

Members are upset that the New York Times recently ignored them in a major roundup of the Tribeca galleries. “Where were we?“Said Norman Borden, the member in charge of the galleryof half-century commemoration. “We were there first. weare pioneers!”

A gallery-wide anniversary exhibition will be on view from January 7th to 30th. “Review: The First 50 Years of Soho Photo” shows a selection of 100 works that have been shown in the gallery over the past five decades.

The gallery’s name reflects its origins, at 143 Prince Street, where it opened in December 1971 in a loft on the second floor. There was no bathroom or office, but plenty of hanging space. The idea of ​​founding the gallery is attributed to the New York Times photographer Librado (Lee) Romero, who is one of the eight founding members.

“Back then there were one or two photo galleries in town that we couldn’t see,” says David Chalk, one of the galleries‘S Founder and its director for more than 20 years. “So we had our own place and it thrived.”

The gallery moved to two rooms on 13th Street (one above Quad Cinema) before moving to White Street. During these early years, works by Andre Kertesz, Minor White, Ansel Adams, and other prominent photographers were shown. In 1979, however, the gallery had to move and rooms were difficult to find. When a location on Wooster Street fell through, Ben Fernandez, director of the New School’s photography department, offered the school auditorium as a meeting place to buy time to continue the search.

Eventually Chalk stumbled upon 15 White Street, a former poultry market on the first floor of one of Tribeca’s early cooperatives. “It was a mess,” Chalk recalled in a telephone interview. “There were feathers and bird droppings and it was terrible. It had great potential, but it was terrible. ”

So bad that Chalk withheld the address from other members even though he asked for donations to remodel the room. But he had a vision for what it could be, and an architectural rendering helped sell the idea.

“You saw this beautiful drawing,” he said. “It was like a magical thing.”

Members participate in all aspects of the gallery operation, and it was their work during the five month construction period that transformed a worse-than-raw space into the polished venue it is today. Shows by up to seven artists can be accommodated in the galleries on the ground floor and on the mezzanine.

“Everyone took their time and that’s what made the gallery so close to people,” said Chalk. “Somehow she put that into space. Not the money, but the spirit. ” 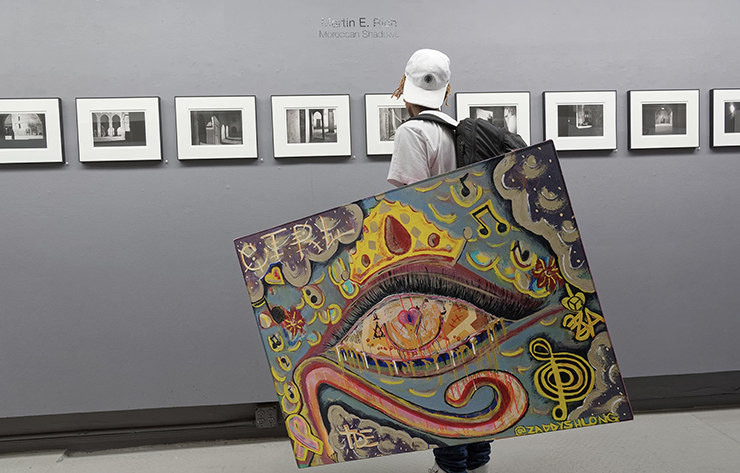 There are now 90 members, up from 110 at the height of the gallery. Many have aged with the gallery, but efforts are in place to attract new talent, including an internship program with photography students from the Fashion Institute of Technology and online exhibit opportunities for younger photographers who are not ready or may not attend.

The challenges of keeping the gallery running have been “continuous,” said Borden. “We pay the rent and keep members and try to get our name out there.” Even so, it survived the pandemic that temporarily closed the gallery with online exhibitions. And members stayed involved by sharing their work weekly through Zoom.

“It wasn’t a competition. It was just to show what we’re doing, ”said Borden. “People really appreciated that we were a community.”