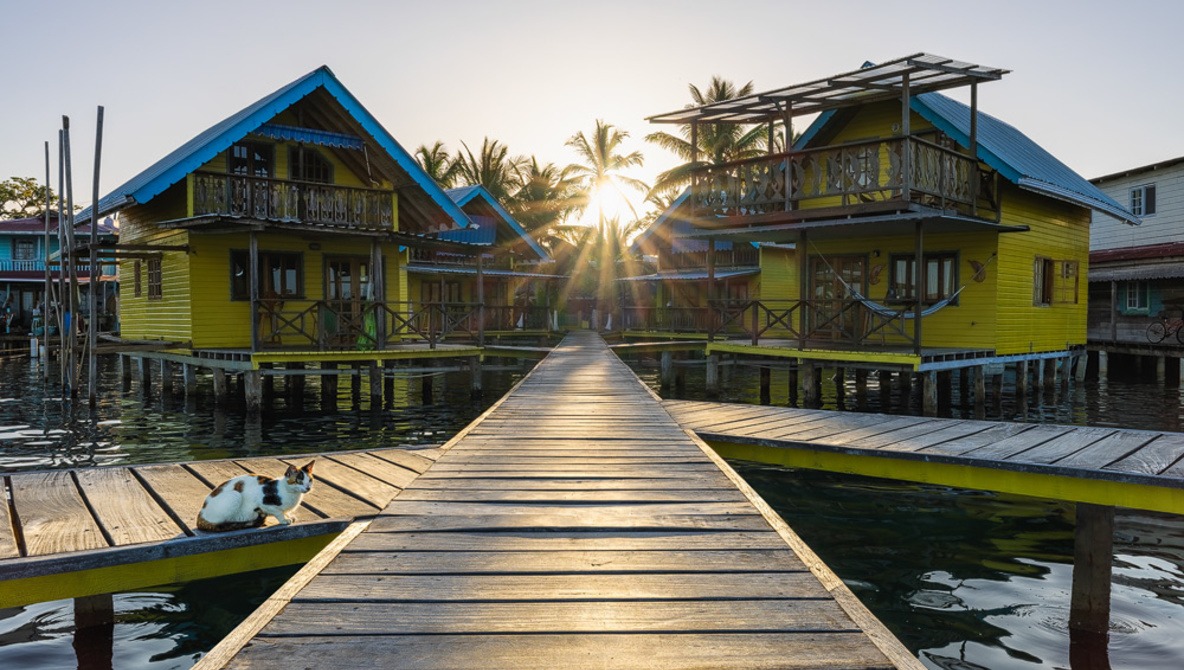 When it comes to retouching, or more specifically removing unwanted objects from photos, there are a few things you can do to make editing a lot easier. In this article, I share three questions to ask yourself in the field before taking your photos. These questions will help you get a much better starting material for your retouching.

When photographing landscapes and architecture, it’s quite common to notice objects in the frame that distract my attention from the main subject. Such objects, which add nothing to the composition and subject, can be very small. When they don’t blend in with their surroundings, I notice them.

For landscape photos, such objects are often created by human hands. Examples are fences, signs, power lines and the like. With architecture, it can be cars parked in the background, or worse, somewhere in the foreground, people walking through the frame, or tower cranes.

While I shy away from making major changes to my photos during post-production, such as Some cleanup is usually required, such as inserting a sky that wasn’t there or removing important elements. And depending on the scene, it can be more or less challenging. And that’s why I usually ask myself three questions in the field when I notice elements I don’t want in my photos.

And here’s the key: In order to be able to ask these questions, it’s important to train your eye to pick up on such distractions while taking photos. Look for items that are much lighter or darker than their surroundings, as well as items with intense color or texture that just don’t go together. Enlarge the corners and edges of your frame and look for distractions there. With practice, even small distractions will become apparent. Then the following questions will help you achieve better retouching results.

Can I avoid retouching?

You will get the best retouching result if you can do it on the spot. Ask yourself if and how you can avoid retouching in post-production. Is there a way to slightly alter your composition by rotating or repositioning the camera to exclude distracting elements from the frame? Sometimes only minor changes are necessary that otherwise do not significantly change the content of your photo.

Another way to avoid retouching could be to clean up the room. When photographing indoors, you may want to declutter the area you are photographing. In architectural photography, you might want to remove some junk or just wait for a car or pedestrian to move out of your frame. Landscape photography is similar. There may be branches covering the ground that you can remove without interfering too much with nature.

In the forest photo above, I did just that. After composing my photo, I zoomed in using Live View and walked around the edges looking for any twigs or branches sticking out into the frame. First I made some adjustments to the composition to exclude larger branches, then I went in and removed some fallen tree trunks and twigs from the ground. There was no need to make the floor look super clean as that would be unrealistic. But just around the edges in the foreground I was able to remove some distracting elements to get the final result.

How can I simplify retouching?

One solution would be to take lots of photos with your camera on a tripod and make sure you get enough images where the people are in different areas of the frame. Then later you can just load all the layers in Photoshop and use masks to remove the people.

An alternative could be a very long exposure. This works when the people are moving and not standing in one place. Multiple photos that you later average can have the same effect by removing the people from the frame.

Another example is my self-portrait above, taken a few years ago in the dunes of Erg Chigaga in Morocco. I had to walk through the frame a bit to get to where I’m sitting in the middle distance. For this I left footprints in the frame, which I would have had to clone out later. While this wouldn’t have been the most difficult retouch job, I could have made it a lot easier by simply taking a photo without me in the frame first. This way I was able to capture these pristine dunes with no footprints. The second photo would then be taken with me and my footprints in the frame. In Photoshop I would load both photos into separate layers and use a mask to remove the footprints. An alternative would have been to go outside the frame edges and then come to my seating position from behind the dune. 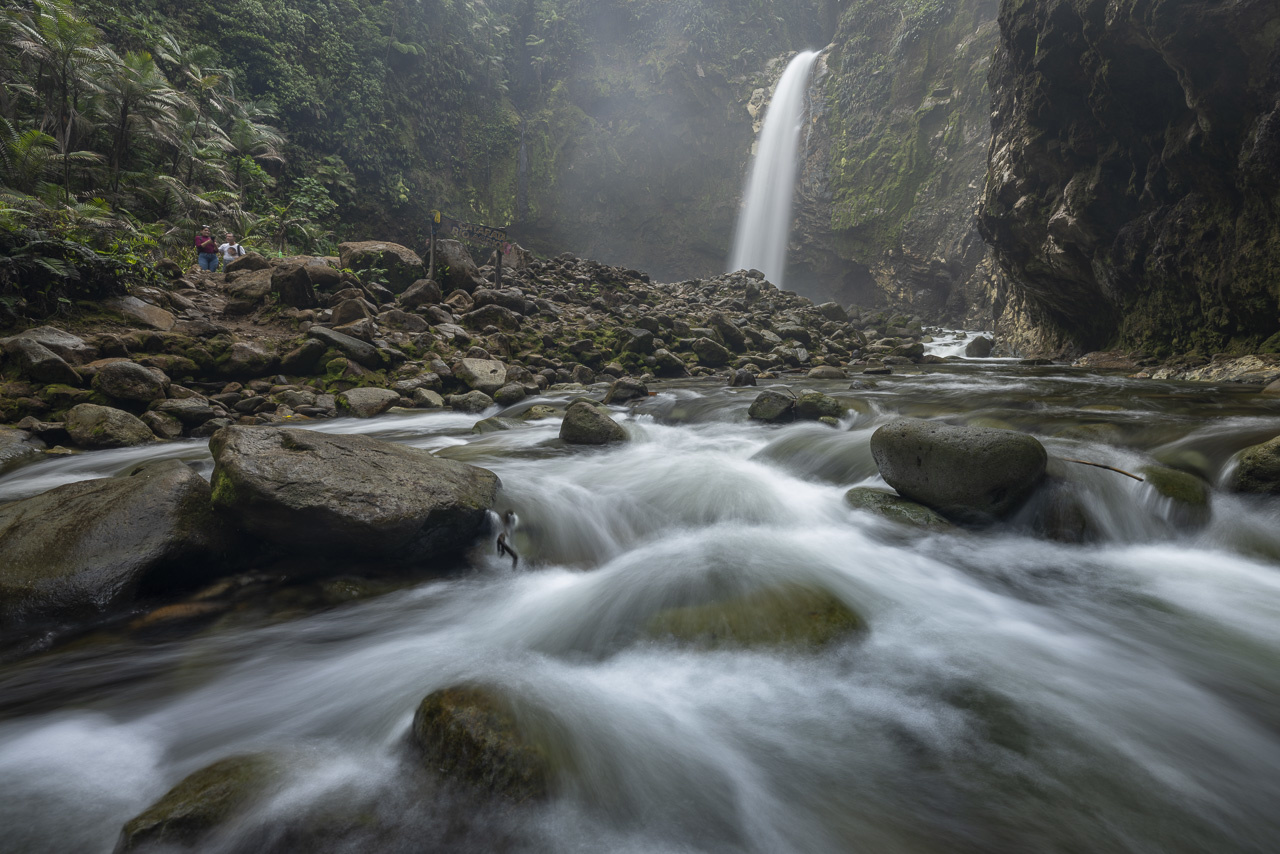 What are my retouching options?

Sometimes retouching cannot be avoided or simplified. There are scenes where the distractions are static and attention-grabbing. Here it is important to know your skills and those of the software you use in terms of retouching. If you take a photo with distracting elements, you should know beforehand whether you can clone them out later or whether you have to live with them.

For example, in the photo of the Rio Agrio waterfall in Costa Rica, I cloned a large sign. For me, this sign captured the raw beauty of the place. I wanted to capture this waterfall as it must have looked five years ago before it was made more accessible. From the textures surrounding the shield, I knew it wouldn’t be too difficult to get a convincing retouch result.

If I had doubted that, I would have gone back to question one and tried to find compositions closer to the waterfall that exclude the sign. But the stronger composition was further from the falls, and it was good to know I didn’t have to compromise.

In the featured video of this article, I walk you through a photo shoot that required me to do some major retouching. Asking these three questions helped me to come up with a convincing result in the end.

The photographer waits to be brought back to life with 60,000 undeveloped images of rock history Photography