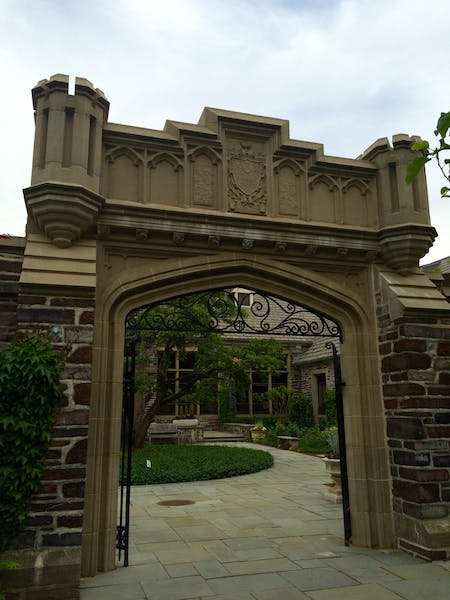 Four university professors, two of whom are Princeton University Press (PUP) authors, were recognized for their fellowship in their respective fields of study with the 2022 Guggenheim Fellowship. Six other PUP authors were also recipients. A total of 180 fellows received the award for their past, present and future work in the social sciences, humanities, arts and natural sciences.

That John Simon Guggenheim Memorial Foundation evaluates a candidate for the scholarship based on a project that the candidate proposes, as well as their previous experience and scholarship.

“The Guggenheim is a little different from some other grants in that it’s also a kind of lifetime achievement award, especially for older scholars. It recognizes your previous work and your type of work corpus, on top of this one project,” said Suzanne L. Marchand, one of the 2022 grantees, in an interview with the Daily Princetonian. “The Guggenheim embraces you all, wherever you come from and where you go.”

Marchand is a history professor at Louisiana State University who previously taught at Princeton and published at PUP.

“I spent seven and a half years at Princeton early in my career and it was life-defining and so hugely important for me to have that experience – both the teaching and meeting peers and the support I had was just amazing, She said. “I have many connections to Princeton, and I’m also very grateful to the press for believing in me.” Marchand also received a fellowship from the Princeton Humanities Center and will teach a class with Professor Anthony Grafton in Spring 2023 .

Although she teaches European intellectual history, she has also written a number of books dealing with subjects such as the influence of Orientalism and Philhellenism in German thought.

Her project is a departure from her previous work as an investigation of the Greek historian Herodotus. “It’s about the way Herodotus and skeptics of his story since about 1700 have advanced the process of discovering the ancient world and portrayed it in different ways,” Marchand said. “It’s going to be a sort of history of historiography and a real look at how we’ve assessed historical truth over time and tried to understand what’s a real event or what’s real evidence of something.”

Karen Bakker is a professor of geography at the University of British Columbia. Her research includes environmental studies, digital geographies, political ecology, and political economy. Later this year, Bakker will release The Sounds of Life: How Digital Technology Is Bringing Us Closer to the Worlds of Animals and Plants with PUP. She declined a request for comment from the “Prince”.

Daniel A. Barber is an Associate Professor of Architecture at the University of Pennsylvania’s Weitzman School of Design. His research focuses on the “environmental history of architectural modernism” and “contribution to a theoretical framework for architects and others to engage with the climate crisis,” according to the University of Pennsylvania website. In 2020, PUP Barbers published Modern Architecture and Climate: Design before Air Conditioning. At the time of publication, Barber did not respond to a request for comment from the “Prince.”

Katja Günther is a history professor at Princeton. Her forthcoming book with PUP, The Mirror and the Mind, is “an exploration of how scientists have placed subjects—animal, infant, adult, or robot—in front of mirrors to look for signs of self-recognition,” she wrote in one Email to the “Prince”.

The project she has submitted to the Guggenheim is a new book entitled Being Heard, which explores the therapeutic uses of listening. “Why do we believe that we can solve many of our mental problems by speaking and especially by listening?” she wrote.

Get the most out of it ‘the prince’ Delivered straight to your inbox. subscribe now”

“In particular, I would like to argue that it depended on the deployment of a range of technologies,” she wrote. “Practitioners have used phonographic recording, stenographic and transcription technologies, and video, among others, to analyze and improve their listening efficiency in the therapeutic encounter, teach their students, and generate data for scientific research.”

Daniel Hack is a professor in the English Department at the University of Michigan. PUP published Hack’s book Reaping Something New: African American Transformations of Victorian Literature in 2019.

The Hack project submitted to the Guggenheim aims to chart the concept of meaningfulness and its intellectual development over time. “People … call an experience meaningful or something or even talk about the meaning of life,” he said in an interview with The Prince. “But it turns out people didn’t use those terms or talk like that before the 19th century. So I’m interested in the rise of that way of thinking, or that way of talking about purpose and meaning.”

Hack appreciates the opportunity to explore stories that are purely academic and not necessarily current affairs.

“I am grateful to the Guggenheim for being willing to support work that is on a different timeline and is not trying to solve the immediate problems,” he said. “They support the value of humanistic scholarship on a broader basis.”

Shawn Michelle Smith is Professor of Visual and Critical Studies at the School of the Art Institute of Chicago and also serves as Interim Dean of the Faculty. Smith had a positive experience publishing with PUP, through which she published her first book, American Archives: Gender, Race, and Class in Visual Culture.

“My first book that I published with Princeton University Press and I feel like it started my whole career,” she said.

For her, the Guggenheim Fellowship is an opportunity to get back into research and writing. “I also have a fellowship at the Clerk Art Institute in Williamstown, Mass, next year,” Smith said in an interview with The Prince.

Smith’s project builds on her earlier work examining representations of race and gender, particularly through the cultural history of photography in the United States. “It makes critical race theory look at representations that are largely photographic,” she said. “I’m going to look broadly at contemporary artworks that try to approach them in different ways, either as some sort of racial crisis or as an environmental crisis.”

Michael J. Hathaway is Professor of Anthropology at Simon Fraser University. In 2022 he published What a Mushroom Lives For: Matsutake and the Worlds They Make at PUP.

He examines a specific historical and cultural phenomenon in the 1970s, when an indigenous group from Canada and another from Japan visited China. These two journeys were significant in shaping the political and social history of the indigenous people and paint a contrasting picture of China and its role in promoting a “global indigenous movement”.

“I’ll be doing this first in relation to the history of Canada and Japan, but my long-term aspiration is to include the full range of the Pacific Rim and work with the delegates who have been on these trips to bring their stories to the world as they do.” they are critical political actors,” he said.

The Guggenheim Fellowship not only provides fellows with the financial means to advance their projects, but also with public relations that can further support them in their work. “Part of it is that it’s so public,” Hathaway said. “It means people who are interested in the stories are starting to reach out to me, and I’m finding an amazing group of people around the world who know things I don’t know about or who can or can contribute want to stay up to date.”

Esther Schor is Professor of English Studies at Princeton University and Chair of the Humanities Council.

Schor proposed a biography of Horace M. Kallen, an American philosopher who developed the concept of “cultural pluralism” in 1915. “I think he’s an extremely important thinker for our time where we’re still very much involved in discussions of identity, politics and pluralism and threats to all of that,” she said in an interview with The Prince.

Schor is interested in how Kallen used the term “cultural pluralism” in diverse contexts, from international government to American Jewry to the Bible. “I like projects that I wish someone else had written because I need this book. I would like to read about this person.”

For Schor and many other Guggenheim Prize winners, the fellowship award gave them greater confidence in the work they were doing. “When you’re pretty far from what you were trained to do, there are moments when you’re like, ‘Is it really okay that I’m doing this? Do I have what it takes?’ And it’s a great encouragement to receive a Guggenheim Fellowship,” Schor said.

Hack echoed that feeling. “I was really excited and really grateful for the vote of confidence, maybe more than anything. It got me thinking that the work I’m doing now, which is quite different from the work I’ve done before – it’s given me confidence that there are people who are interested and believed in it “, he said.

The grantees emphasized the freedom the Guggenheim Fellowship affords them to take time off and focus solely on their fellowship. “The great thing about the Guggenheim is that there are no strings attached at all. They’re only interested in helping people with whatever we propose, so it’s wonderfully liberating in that regard,” Hack said.

“This is a unique opportunity. You can never get another one and it’s just such a gift to even get one,” Hathaway said.

Erin Lee is the Staff News Editor and Sports Editor at Prince. She can be reached at [email protected] or @3rin1ee on Instagram.

Who is the puppy in the photo? A personal exploration

Where the BBC Interior Design Masters winners are now