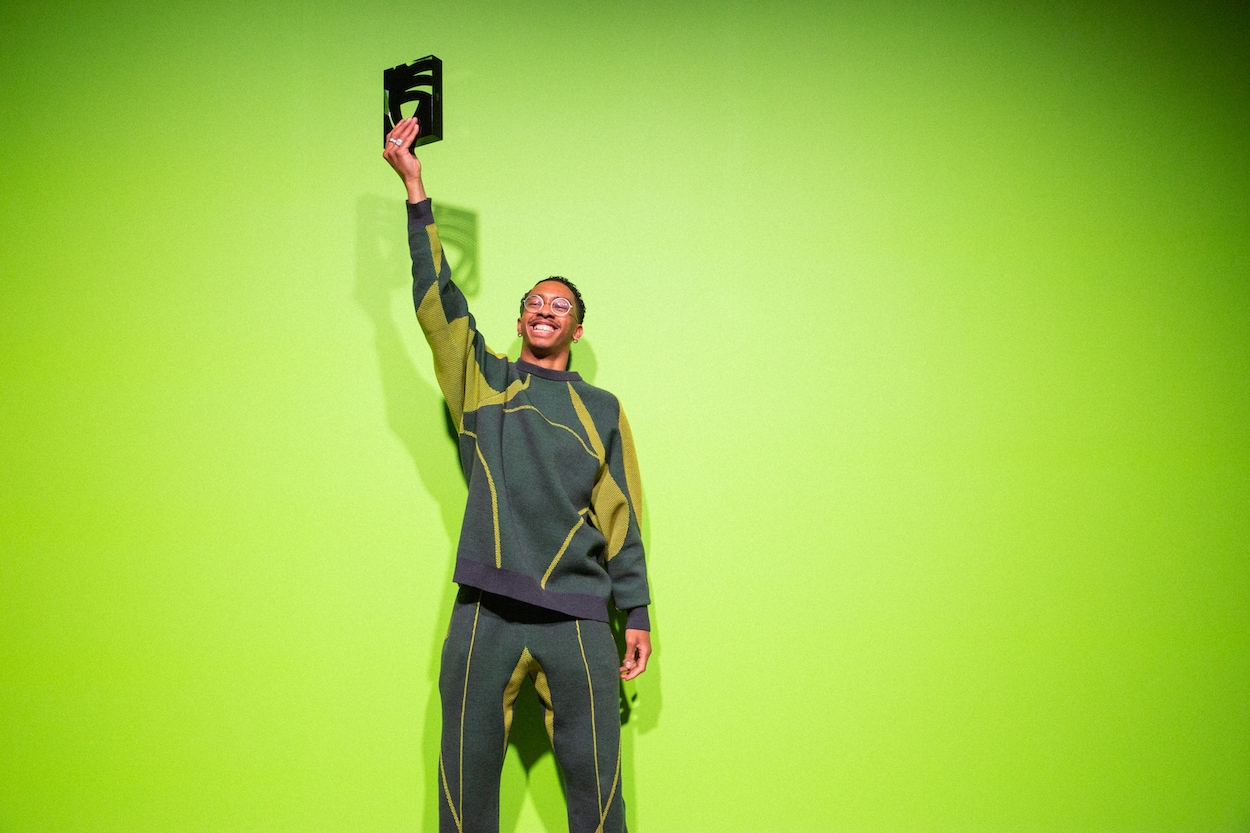 Our daily view of the world through the lens of design.

The Design Dispatch features expertly written and important design news, created by our dedicated team. Consider it your design cheat sheet for the day, delivered to your inbox before you’ve had your coffee. subscribe now.

Do you have a message that our readers need to see? Submit it here

For decades, the International Woolmark Prize has honored emerging fashion talent who showcase the versatility of Australian Merino wool. It also breeds famous names in fashion – Giorgio Armani, Gabrielle Herzand Emile Bode are all recipients. This year’s highest award went to the up-and-coming London designer Saul Nash, whose six pieces explored how the material can shape modern sportswear without compromising its technical DNA. “Everyone did a great job and could have won,” said Riccardo Tisci, who judged this year’s award along with others Carine Roitfeld and Marc Newson, “but what Saul did, coming out of ballet, substituting wool for lycra was really incredible.”

This year, the award partnered with the Isamu Noguchi Foundation and the Garden Museum to explore the art of gaming. Each of the finalists’ six-part collections is presented in an immersive exhibition space alongside colorful architectural displays inspired by Noguchi’s beloved gamescapes, which starred in an FKA Twigs direction short film. The 2022 award finalists included Ahluwalia, EGONLAB, Jordan Dalah, peter do, Saul Nash, RUI and MMUSOMAXWELL. Nash will receive AUD$200,000 (US$141,000) for the grand prize. —Ryan Waddoups

Sixteen states are suing the USPS over plans to replace its fleet with gas-guzzling trucks.

“California and 15 states that want the US Postal Service to electrify its mail delivery vehicles are suing to stop buying thousands of gas-powered trucks while the agency modernizes its delivery fleet. Three separate lawsuits filed Thursday by states and environmental groups in New York and California are asking judges to order a more thorough environmental review before the Postal Service proceeds with the next-generation delivery vehicle program. Plaintiffs allege that purchasing fossil-fuelled delivery vehicles will harm the environment for decades to come. The lawsuits could further delay the Postal Service’s efforts to replace the ubiquitous delivery vans that entered service between 1987 and 1994.” —[H/T The Associated Press]

The Cranbrook Art Museum in Detroit has appointed Laura Mott as chief curator.

“The Cranbrook Art Museum in Detroit has appointed Laura Mott, who joined the institution in 2013 as senior curator of contemporary art and design, as chief curator. In her new role, she will play an important role in shaping collections, mentoring curators, and organizing and overseeing exhibitions. Since arriving in Cranbrook, Mott has curated and co-curated more than twenty exhibitions, including 2019’s Landlord Colors: On Art, Economy, and Materiality, for which she was named a Warhol Curatorial Fellow. —[H/T Artforum]

HOK names the second group of winners of its diversity-focused grant program.

“HOK has announced its second class of Diversity x Design grants, recognizing emerging student work drawn primarily from the ranks of the talent-rich HBCU campuses in America. Nine total recipients received scholarships of $10,000 each after a competition that drew a total of 93 applications from a roster of schools that this year includes Kennesaw State University in Marietta, Georgia. Recognized as a driving force in industry-wide efforts to increase BIPOC representation in the larger design arena, HOK initiated the annual grant program last year to “encourage more diverse voices within the architectural profession and communities across the United States” –[H/T Archinect]

Wang Bing and Precious Okoyomon are among the winners of the Chanel Next Prize.

“The winners of the inaugural Chanel Next Prize were celebrated at the pre-opening of the Venice Biennale last week. The 10 recipients each received $100,000 for their creative efforts. The winners were Jung Jae-il, Keiken, Lual Mayen, Marlene Monteiro Freitas, Rungano Nyoni, Marie Schleef, Botis Seva, Wang Bing, Eduardo William and Precious Okoyomon, whose kudzu-covered installation To See the Earth Before the End of the World , was shown at the Biennale.” —[H/T Artnet News]

Airbnb’s latest policy will allow most of its employees to work remotely on a permanent basis.

“Airbnb will not require most employees to return to the office – ever. The company informed employees on Thursday that they can work remotely permanently and relocate anywhere within the country where they currently work. This will not negatively impact compensation, the company said, meaning salaries will not be adjusted downward if an employee chooses to relocate to a city where the cost of living is lower. In a lengthy email to employees Thursday, CEO and co-founder Brian Chesky outlined his new policies and expectations. He noted that the continued flexibility will allow the company to “hire and retain the best people in the world,” not just those who are “within a commute from our offices.” —[H/T CNN]

“As if the endless muting and freezing, the need for tall literature shelves, and the constant fear of a colleague walking around the screen naked weren’t enough to worry about, researchers have found that Zoom stifles creativity. According to laboratory experiments and a field study at a company with offices around the world, face-to-face meetings generated more ideas and ideas that were more creative than video conferencing discussions. While the benefits of Zoom and other video conferencing tools have made them essential during the pandemic, research suggests heavy reliance on technology is hampering creative thinking.” —[H/T The Guardian]

Young people are now distancing themselves from it social media channels like tiktok.

The latest work from Norwegian electronic music duo Röyksopp is a world to yourself.

An old ship carrying wine rediscovered by archaeologists was looted.

Under a certain New York set, fake Birkins are more prestigious than reality.

All stories
Previous Next

Behind the Scenes of The Met With Autumn de Wilde – WWD