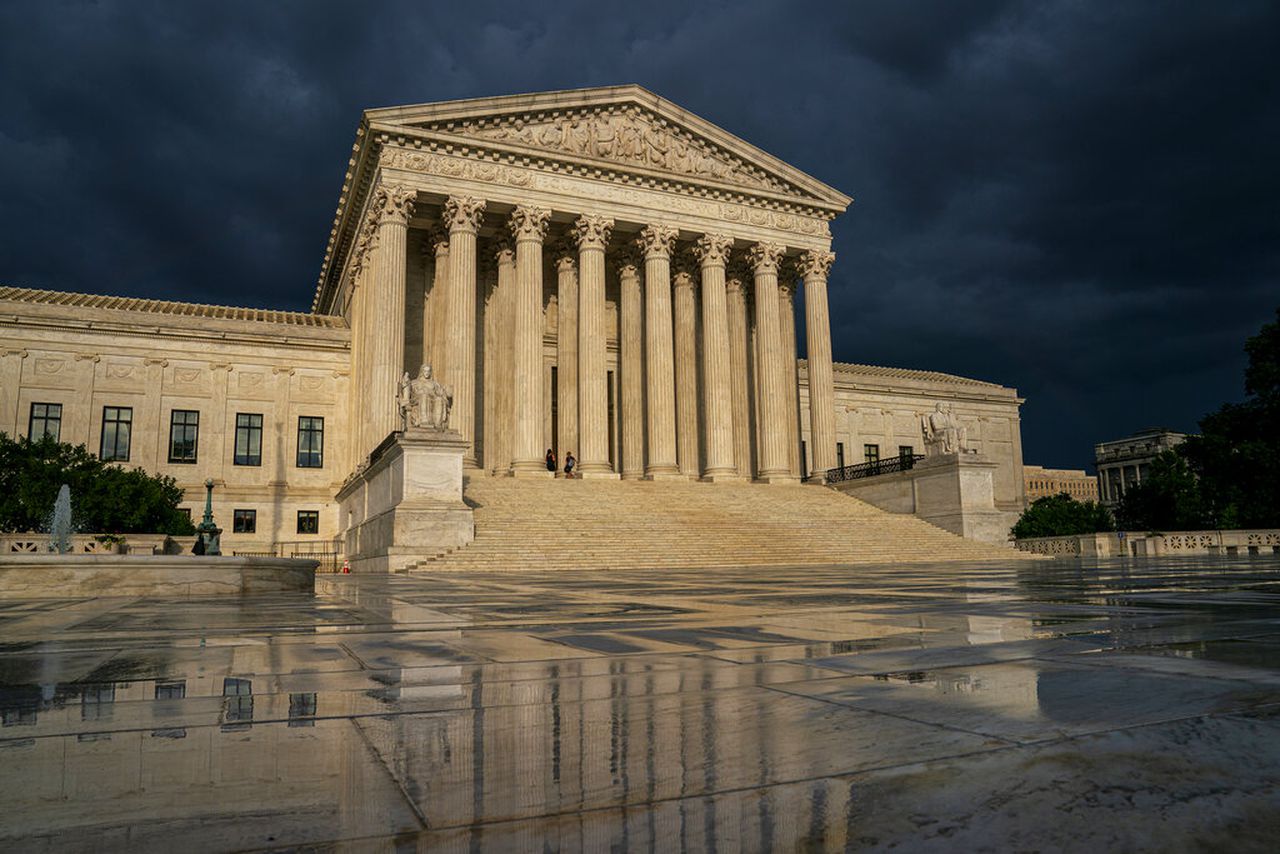 Subscribe to Wake Up, cleveland.com‘s free morning newsletter, delivered to your inbox at 5:30am weekdays

Much sunshine is forecast for today and it will be warm with highs in the mid 70’s. Skies will be clear overnight with lows around 50 degrees. Continue reading.

abortion: The pending decision of the US Supreme Court, Roe v. Wade and repealing women’s abortion rights will likely motivate voters in Ohio in November, reports Laura Hancock. But whether a candidate’s abortion position will push her across the finish line remains to be seen. There is a clear difference between the abortion views of Nan Whaley, the Democratic gubernatorial candidate and former mayor of Dayton, who supports abortion rights, and Governor Mike DeWine, the Republican seeking a second term, who opposes it.

Metropark’s capital projects: In 2021, more than half of the money Metroparks spent on capital projects came from outside sources — federal, state, and local grants; non-profit organizations and foundations; and private donors. The rest came from his tax-supported budget. Robert Higgs reports that in more than a century of its existence, the park district has never sold bonds or borrowed money to fund capital improvements. It is paid in cash.

Marijuana Cases: Mayor Justin Bibb’s introduction of a well-intentioned plan to eliminate thousands of low-level marijuana cases was legally messy and now requires a new approach, Courtney Astolfi reports. With much fanfare, Bibb announced on April 6 that his administration is filing motions to quash 4,077 convictions and minor misdemeanor charges filed in Cleveland Municipal Court since 2017. But Ohio laws may not grant Cleveland the ability to initiate sealing of criminal records without the defendants’ involvement.

The Ohio Democratic Party is suing Gov. Mike DeWine’s administration, alleging a copy of the governor’s schedule it received via a public files request was riddled with illegal redactions. We speak on Today in Ohio, cleveland.com’s daily half-hour news podcast, about the lawsuit as well as the thousands of records obtained by DeWine’s office relating to the House Bill 6 scandal and Sam Randazzo.

re-election of Congress: A national Democratic group linked to former US Attorney General Eric Holder is urging the Ohio Supreme Court to reject the Republican-drawn congressional map of Ohio and appoint its own mapmakers to develop a new map. Andrew Tobias reports that the National Democratic Redistricting Committee says the map is disproportionately tilted in favor of Republicans, in violation of new anti-Gerrymandering language included in the state constitution. In a separate filing, another group of groups agrees that the Ohio Supreme Court should reject the map, but does not argue that the court should appoint its own cartographers.

public safety: Cuyahoga County Public Safety and Justice Service chief resigns to become Parma safety director, a week after county sheriff resigned. Kaitlin Durbin reports that two years ago, Robert Coury was appointed head of the department and one of his main responsibilities was to work with the sheriff to reduce the inmate population and make prison operations more efficient.

wake-up problems: Large, fast motorboats that create dangerous wakes have become a problem for other boats large and small that also use the increasingly busy Port of Cleveland. Peter Krouse reports that members of the boating community say they have seen a significant number of boaters operating in unsafe ways in Cleveland’s Outer Harbor and at the entrance to the Cuyahoga River in recent years.

baby names: This is the third year in a row that Olivia is the best girl name and the fifth year in a row for Liam among boys, reports Zachary Smith.

transformation of the hospital: MetroHealth’s vision to transform its main campus on Cleveland’s west side into a “hospital in a park” took another step when the city’s planning commission approved conceptual plans for a 3-acre park along West 25th Street. Steven Litt reports that the park is intended as a short-term, partial down payment on the health system’s promise to create a 12-acre park along the street by 2026 as a green front door and important new amenity in the Clark Fulton neighborhood.

home renovation: Nothing about home renovation is convenient. You live in a construction site for months hoping the noise and clutter, extra work and expense will be worth it. Laura Johnston writes about how she experienced her addition.

appreciation of the nurse: During National Nurses Week – May 6-12 – we ask our readers to tell us about one nurse who made a real difference. Here’s your chance to pay tribute by nominating a nurse who became a hero at a difficult time in her life.

News Quiz: Millions of Americans have had COVID-19 over the past two years. So what percentage of children have contracted the virus? Test your news skills with cleveland.com’s weekly news quiz.

vaccines for children: Nearly a third of parents who responded to a recent survey by the Kaiser Family Foundation said they will “definitely not” have their child vaccinated when the Moderna infant COVID-19 vaccine becomes available. Julie Washington reports that a survey by the Kaiser Family Foundation found that about 11% said they vaccinate their children only when necessary.

Florida flights: Allegiant Air is planning non-stop flights between Akron-Canton Airport and two popular Florida destinations, but not until the fall. Susan Glaser reports that service to Orlando Sanford International Airport will begin October 6 and will operate twice weekly, and service to Fort Lauderdale-Hollywood International Airport will begin November 19 and will also operate twice weekly.

Coronavirus Scam: A judge sentenced two Florida men to years in federal prison for leading a conspiracy to file dozens of bogus loan applications worth $24 million in federal coronavirus relief funds. Adam Ferrise reports that US District Judge Pamela Barker sentenced Philip Augustin to 6.5 years in prison and James Stote of Hollywood, Fla., one of Augustin’s partners, to 10 years in prison.

winner jockey: On Saturday, Rich Strike won the Kentucky Derby in a massive flurry. Jane Morice reports that the jockey who guided him to victory, Sonny Leon, may be a household name to horse racing fans in northern Ohio. Leon has also raced almost 90 times at the JACK Thistledown Racino circuit in North Randall, according to his race profile; He has achieved five wins at this distance.

Comic fans will turn out in their thousands for Free Comic Book Day on May 7, 2022

Black Vanguard: The New Black Vanguard exhibit made its debut at the Cleveland Museum of Art on Friday with an opening gala that gave guests a chance to showcase their own style. Dave Petkiewicz has photos from the gala honoring the exhibition, which examines black fashion photography and design in the US, Europe and Africa.

house of the week: Cleveland’s only Polish daily newspaper was located at Fairfield Ave. for 44 years. Issued and printed in the Tremont district in 1017. Joey Morona reports that the historic 3,800 square foot property is now on the market and presents a unique opportunity for a potential buyer looking for a distinctive and functional living and working space priced at $675,000.

Man shot in the head while sitting in a car in a Lyndhurst car park. Read more

The Family Kindness Festival, as the name suggests, brings smiles to everyone Read more

Fashion and photo exhibitions are to be opened in the gallery

In its partnership with Dashwood Books, The Mercer brings together two New York…

Daisy Bayliss, a photography student from Newbury, should be kept in mind