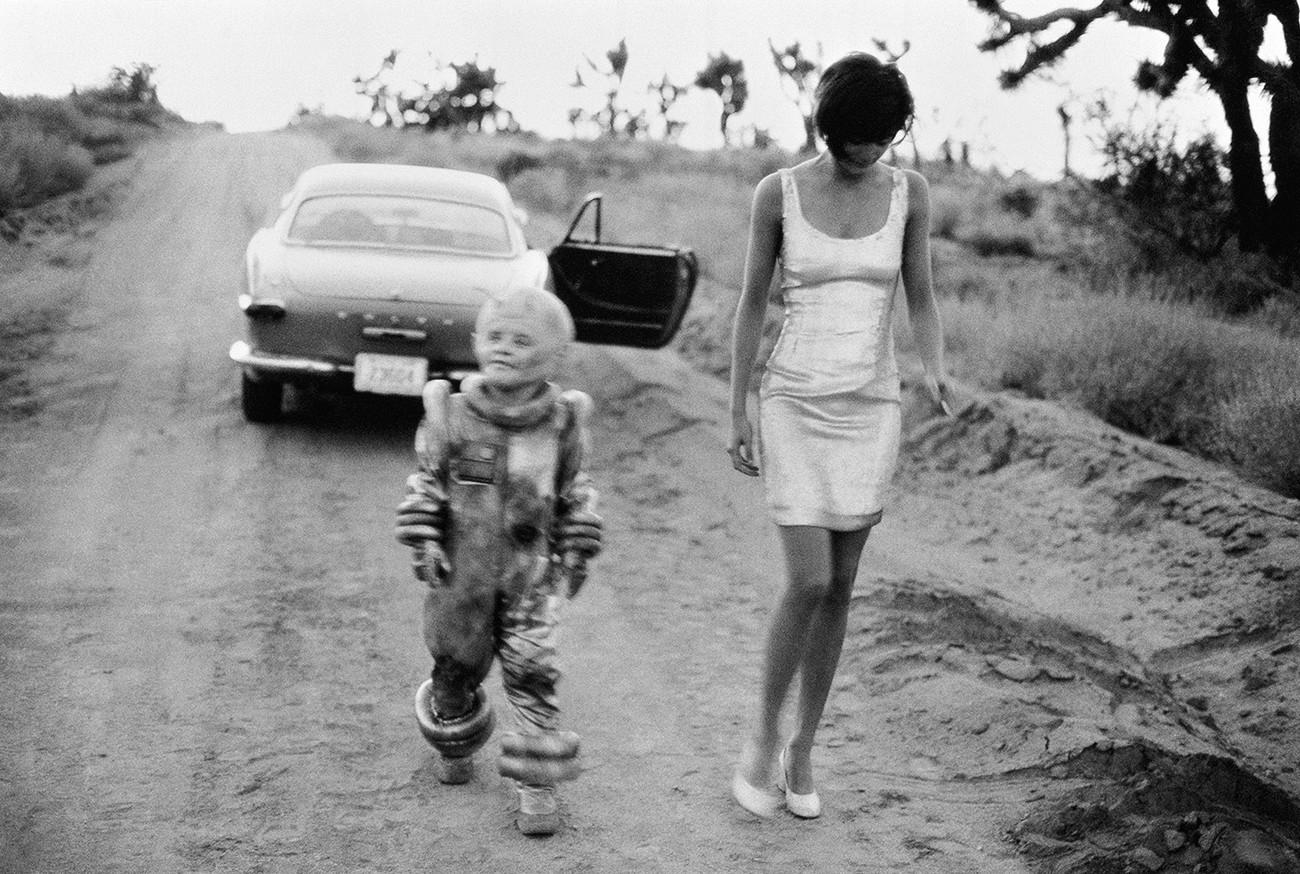 “It should be the responsibility of modern photographers to free women, and ultimately all human beings, from the horrors of youth and perfection.” Peter Lindberg

Throughout his career, Peter Lindbergh elevated fashion photography to an art form, freeing women from an oppressive and unrealistic understanding of beauty and offering images that focused on being rather than having or appearing, thereby defying the conventions of the time.

Starting with a biographical element, the journey the young Lindbergh undertook to ‘discover himself’, to become himself, the exhibition shows how this uncompromising search for authenticity has guided his work throughout his career.

The premise of this exhibition is that Peter Lindbergh was above all an artist. His training as a painter and his interest in conceptual art are reflected in his photographs. The quality of their texture is reminiscent of the texture of oil paint, its close-ups and silhouettes reveal the essence of a sensation (almost always in black and white, preferably out of focus). Through a stream of images and narrative elements, Lindbergh captures the dynamism of existence as an experience, often in dialogue with the sacred monsters of photographic history (such as Lewis Hine or Dorothea Lange or the New York School of Photography, with whom he creates an expressive and formal freedom), but also cinema (Fritz Lang, Wim Wenders, David Lynch… ).

The term “Devenir” (“to become”), which gives the title to this retrospective, reveals the original potential of the subject (shown particularly in the sexual ambiguity of some models) and reveals the invisible force that animates humans (which no models are more than that, they are supermodels) embracing human and female complexity against the “terror of youth and perfection”.

Celebrating the man behind the camera, this exhibition explores the thought behind the aesthetic. We also find Lindbergh’s collaborations with artists such as Pina Bausch and Holly Fisher, or his work on the sculptures of Alberto Giacometti. And finally, a selection of some of Lindbergh’s many interviews to establish, in his own words, the legacy of an artist whose vision, honestly in essence, revolutionized the rules of fashion and redefined beauty in our collective imagination.

The best photo contests for 2022