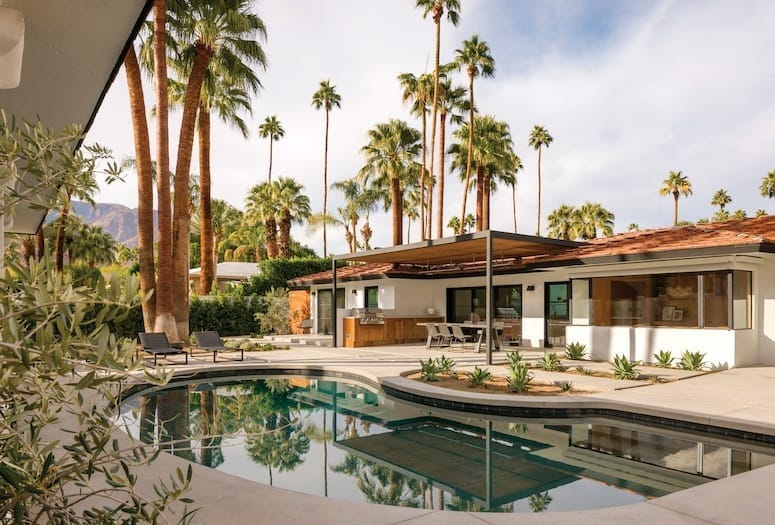 “Palm Springs is the first place I remember,” says the wistful owner of a newly renovated old ranch house in Old Town Las Palmas. Occasionally, her memories of wandering through the desert in the mid-1960s return in Technicolor flashbacks: older siblings in love, the neighbor’s pomegranate tree, a red car. At the time, her father was the director of the Palm Springs Desert Resorts Convention & Visitors Authority (now Visit Greater Palm Springs), but as complicated family dynamics would have it, she was raised in Pennsylvania, where she still resides today.

This isn’t just a story about the restoration of a home that had lost its architectural identity over decades of ill-conceived conversions. It’s also a story about what it means for a person to return to the place of their earliest memories to put down roots for the future.

“I’m sure there’s some psychology involved,” says the homeowner, a retired interior designer. “Palm Springs has always felt very comfortable and familiar.” When she bought the 3,166-square-foot home — an equidistant meeting place between the family on the East Coast and in Australia — in 2019, it was in its fake Colonial phase, complete with foam crown molding and other ornate embellishments that were utterly inauthentic to the crisp desert modernism. Though the home’s original ranch style featured some aspects of local architecture (such as a simple silhouette and a southern exposure with views of the San Jacinto Mountains), it was still something of an outlier in the landscape.