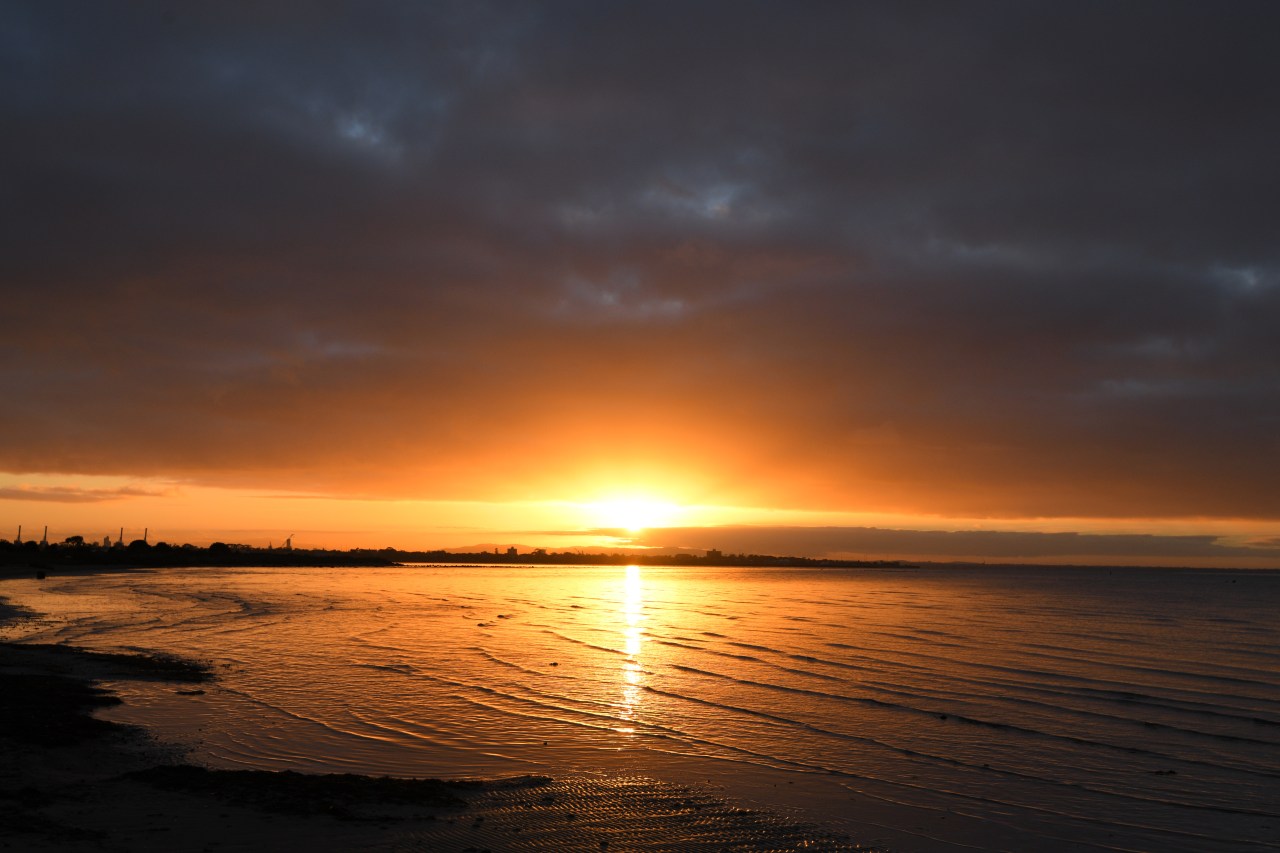 A man in his 50s was shot dead on North Clinton Avenue in broad daylight early Thursday afternoon.

Authorities say they arrived at the scene near Oakman Street around 12:30 p.m. to get the report of a person shot dead. That’s when they found a man in his 50s who was taken to a nearby hospital.

According to police, he succumbed to his injuries and was pronounced dead at the hospital.

Portions of North Clinton Avenue and Oakman Street are currently closed to pedestrian and vehicular traffic. North Star Program School was locked out, but no children were outside at the time of the shooting. Investigators are working to find out what led to this shooting.

The city has seen a total of 58 murders since the beginning of the year, according to Lieutenant Greg Bello. This comes after a 17-year-old student was pronounced dead on Sunday morning after being shot near the Thomas Ryan R-Center.

If gun killings continue at this rate, Rochester will be on track for its deadliest year on record. It broke the record for most homicides last year when more than 80 people were killed.

Rochester Police Chief David Smith on Monday unveiled a new anti-violence program to combat what he described as “the city’s record-breaking level of homicides”. The Rescue Our City (ROC) initiative aims to create a multi-pronged approach to fighting crime by joining forces with federal partners such as the Bureau of Alcohol, Tobacco, and Firearms and Explosives.

As of Thursday, the state of emergency for gun violence is still in effect in Rochester. It was originally cemented by Rochester Mayor Malik Evans on July 21.

It is a series of microphones installed in key areas of the city. It’s called “ShotSpotter”. Lieutenant Greg Bello says as soon as there’s a loud bang, it goes to work.

“It then runs those sounds through a computer algorithm — through their system, through the software, and it determines whether they’re gunshots or not,” Bello said.

If the computer detects that shots have been fired, it sends an alarm. Mind you, ShotSpotter has gotten so good over the years that it knows the difference between things like fireworks, a slamming dumpster, and guns.

“Once ShotSpotter triggers, you can almost guarantee there will be shots associated with it,” he said.

And on those alerts – ShotSpotter is an application on police officers’ phones and in cars that gives an almost exact location of the incident.

And the system isn’t across the city, it’s in key areas like Clinton, Lake and Genesee, and Goodman. “At least half of the city is covered by ShotSpotter,” Bello said.

Bello says in a shootout – seconds count. “It would take someone to see or hear gunshots and then make the decision to call 911, which then speaks to a 911 operator, who is then a 911 operator who hands it over to a dispatcher, and then the dispatcher who does it hands over to us. ” he said.

ShotSpotter, he says, has undoubtedly saved lives. “This is an important tool that allows first responders to get there, from both police, ambulance and fire services – all first responders can get to the scene faster.”

And what these microphones look like and where exactly they are, Bello does not say. “No,” he said, laughing.

ShotSpotter is used in major cities in the USA. It is also used in foreign locations – like Africa – to combat illegal poaching of endangered wildlife.

Former Rochester resident and Kodak executive Richard Mackson is largely responsible. He created an image distribution system that allows photos to be sent almost anywhere in the world straight from the sidelines. The NFL first used the system at Super Bowl 56 in LA

Equipment installed in a stadium works with the facility’s WiFi and allows photographers to connect to the internet to broadcast. Mackson likens the system to hooking a giant Ethernet cable into each camera on a sideline.

The result is similar to posting pictures to social media from your phone, but with much more professional quality and much better connectivity.

“Most agencies were outsourcing what had never been done before (at a Super Bowl),” Mackson said.

Professional photographers like Mackson — a 45-year Sports Illustrated veteran — rely on editors to clean up and publish their work. Its technology updates a decades-old process.

“You would shoot on the sidelines. You would let someone come out. Get your cards out of the camera. Take them back to the editing room and you’d have to edit them on the spot. It really wasn’t any different than taking a roll of film back to the back room and developing the film,” says Mackson. “This gives you the ability to do distributed editing, which is a benefit because you don’t have to fly someone in to the game or have a local person on site.”

Mackson’s daughter Lauren is a veteran of sports photography herself, who can often help edit her father’s work from Greece. Not Greece, neither New York. AthensGreece.

“The technology is now at a point where you can be confident that you can do it,” says Mackson.

Although the idea for such a system has been around for well over a decade, it took a while to catch up with the computing power and bandwidth to move such large files. It seems as if this wait has come to an end.

According to Mackson, he has ten systems in operation at various stadiums among professional and collegiate teams from basketball, baseball and the NFL.

With much more interest on the way.

“The old days of bringing editors (to sporting events) may be over.”

Attorneys in James Krauseneck’s trial are trying to determine the time of Cathy Krauseneck’s death in 1982 — a factor that will be crucial when the jury decides.

Defense attorney Bill Easton said it was a “deadly challenge” that the case’s original coroner – Dr. Evelyn Lewis – not alive to testify.

Instead said Dr. Michael Baden, a world-renowned forensic pathologist, and after interpreting the evidence took a different view.

Brighton Police asked Baden for help with the investigation in 2017 shortly before Krauseneck was arrested.

dr Baden testified that he believed the victim’s time of death was before the defendant’s departure for work. It defines a period between 9 p.m. the evening before and the early hours before 6.30 a.m

dr Baden bases his opinion on reports from the original autopsy; Stiffness of the body, digestion in the stomach and body temperature.

But during cross-examination, Dr. Baden states that his calculations and interpretations differ from those of Dr. Distinguish Lewis.

The defense argues that Dr. Lewis is the “best” perspective to determine the time of death.

“Best to do the facts, but interpretation is another matter,” Baden replied.

“His opinion differs significantly from that of Dr. Lewis,” Easton said. “His statement depends on the body temperature. If you take body temperature, his position is completely unfounded.”

“It’s by no means an exact science, I think Dr. Baden was aware of this,” said prosecutor Patrick Gallagher of the Monroe County District Attorney’s Office. “But Dr. Baden is familiar with these factors from its own experience [blankets, individual’s health, etc.] affect body temperature.”

The biggest challenge from the point of view of both sides?

dr Lewis is not alive to testify.

“We think it’s a fatal challenge,” Easton said. “Because if the prosecution proceeded with this in a timely manner, Dr. Lewis here to defend your autopsy, which is obviously defensible. And they waited 40 years, now she’s dead and she can’t defend it, and then Baden comes from outside.”

Among the many treasures in this building you will find trains, tracks and Jaré Cardinal. She is director of the Salamanca Railway Museum.

“It shows the rich history of railroading in Salamanca,” Cardinal said, with a model train behind her.

This story includes the story of Hawley Pierce, who lived in Salamanca more than a century ago.

“So he was the first Native American engineer in the United States or Canada,” Cardinal said.

That’s why his portrait hangs in the railroad museum and that’s why Stan Carlson painted it.

Carlson lives exactly a mile from the museum and most days in the warmer months you can find him on his porch, which has been converted into a studio.

“The vibe out here is great and I get so many people stopping by,” Carlson said.

Carlson’s first favorite subject to paint was trains, largely because trains had been his life.

But then, many winters ago, that life derailed.

“We were going down a hill, hit an ice-covered railroad crossing, and the engine took off right off the track,” Carlson said. “When we stopped I was lying against the wall behind the engineer with 7 herniated discs and my neck was really bad.”

The surgeon might have saved him from paralysis, but not from the pain.

“After the accident, I realized I’d probably never be able to work like this again,” Carlson said.

So he turned to a childhood hobby.

First he painted trains, but then it became the things he sees from where he sits.

“I prefer to do everyday people in everyday situations,” he said.

Carlson now sends his pictures all over the world and teaches on the side.

“One of the things I tell the kids is that you have to make the paintbrush dance like Fred Astaire,” Carlson said, laughing.

If Carlson could paint his story, maybe he’d give his clouds one of those silver linings.

“Undoubtedly, undeniably, because as bad as the tragic situation of the wreck and everything that happened after it was, it was in a way for the best,” Carlson said.

Carlson found that life is less about what train or platform you’re on and more about the window you’re given — and through it, how you choose to see the world. Here is a link to Carlson’s gallery.

It was a jacket-worthy morning as temperatures headed into the 40’s. Mostly sunny skies will continue until midday and clouds will begin to appear this afternoon.

At the Met, the first posthumous exhibition of photography by Bernd and Hilla Bechers features their influential work

Canon’s EOS R3 is the best action camera yet